Is My Phone Being Tracked? How to Spot a Tracking App on Your Phone 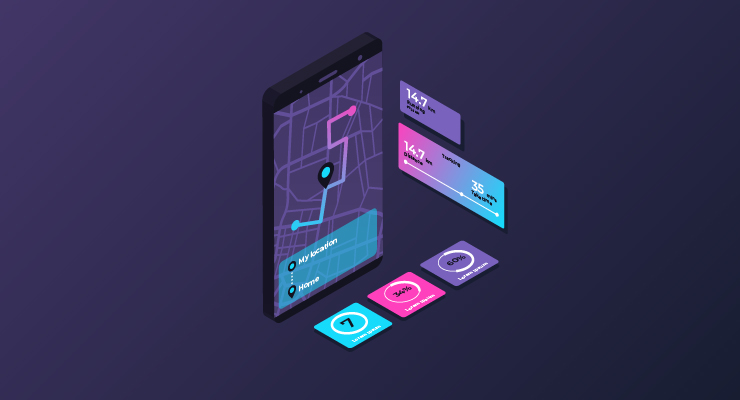 Smartphones have become the closest friends of people all around the world and have become a key part of the identity. Everything that we do today involves the phone, whether it is sending emails, sharing photos on social media, having conversations on messenger, watching videos, visiting websites and blogs and more.

However, the same phone can sometimes become our weakness as well, by allowing others to track us everywhere. These trackers can be used by ad agencies, data miners and cybercriminals for their benefits.

So, it’s important to know if anybody is tracking our moves and invading our privacy. If you are wondering how to check if your cell phone is being tracked, tapped or monitored by spy software, then this article is for you.

How do I know if someone is tracking my phone?

Recently, an English woman found that her husband knew all her whereabouts even when she never talked about it. Then she thought to herself “is my phone being tracked?” and started finding the answer. She later found that he had installed an app on her phone, which was being used to read messages, track locations and more.

While it wasn’t bothering her much, but what if someone unknown is doing it to you? This can be a very risky thing because tracking apps and spyware invade your privacy which can be used for wrong purposes.

We have listed some quick tips to help you find if someone is tracking you and what to do about it.

If you find that your data usage is unusually high, then there might be chances that there is a spy app which is consuming the data.

Typically, most of the spy apps consume a high amount of data in the background to track data, collect it and then send it over to the person who is doing the nasty things. If data consumption is high, it might be true that somebody is tracking you without your notice. What such apps do is turn on the GPS and then send the data when you turn the mobile data ON.

If the performance of your cell phone is dropping unevenly, then it is very likely that it is compromised. The tracking apps keep themselves active even when you turn the mobile data, Wi-Fi, GPS, sync and other such things OFF.

Such apps keep doing their job silently while consuming your battery power. Some apps consume tremendously high power that can discharge mobile phones from 100% to 10% in just a couple of hours.

If the battery consumption is high even when you are not using it or the average consumption is below par, then it might be because of the spyware or tracking software installed on your device. These apps also keep a track of your calls and messages which doubles the power required for these tasks.

You can try removing the battery from your device and placing it inside another device to check if its performance is still the same. If you detect similar performance on a different device too then it might be the time to replace your phone’s battery.

Most of us use the Standby or Sleep Mode in our phones to save battery life. During this mode, the working of background apps and data consumption is stopped, which saves the battery. You get to see only incoming calls, SMS and other notifications that you have chosen to see.

However, if you are noticing that some apps are still working or the screen is lighting up more often, then it’s a red alert. The tracking app is doing its job even in the Standby Mode.

List of Most Common Passwords at Risk of Being Hacked: Is Your One of Them?

Though many factors can contribute to the high temperature of your cell phone, this is also a sign of tracking apps. If your phone is getting heated because of games, environmental factors, or other apps that consume high battery power, then it’s not a sign of tracking. But if it gets heated up while in sleep mode or an idle state, then you must think twice.

Is your mobile phone getting rebooted unexpectedly? If yes, then it is very likely that someone has gained unauthorized access to your phone. And if that is the case, then your phone can be used for any wrong purposes.

6. Taking longer to shut down

Does your mobile phone takes a little more time to shut down than usual? It’s because the shutdown process trying to close not only the active apps, kernel processes but also the hidden tracking app. While the phone is shutting down, the hidden app is still transmitting the data in the background and preventing the mobile from shutting down instantly.

Your calls can indeed be interrupted because of poor or unstable connectivity. But if someone is tapping your calls, then you can get to hear unusual sounds even at the time of good connectivity.

Some spy apps can allow hackers to listen to live calls, which compromise the quality of the voice during calls.

Nowadays, mobile phones are armed with high-performing hardware and software. These phones run multiple apps together without impacting the performance much. However, if you feel like your device’s performance is getting poorer even when you aren’t using heavy apps or games, then it has got compromised.

Many devices become a victim of spy apps which enables tracking of all your activities without letting you know a single thing about it. This can be very dangerous for you. By analyzing the above signs, you can spot if someone is tracking you or if any malware app is running in the background. Be aware and cautious at all times.

Please check it out our private gallery app which helps to hide photos, videos, and notes.