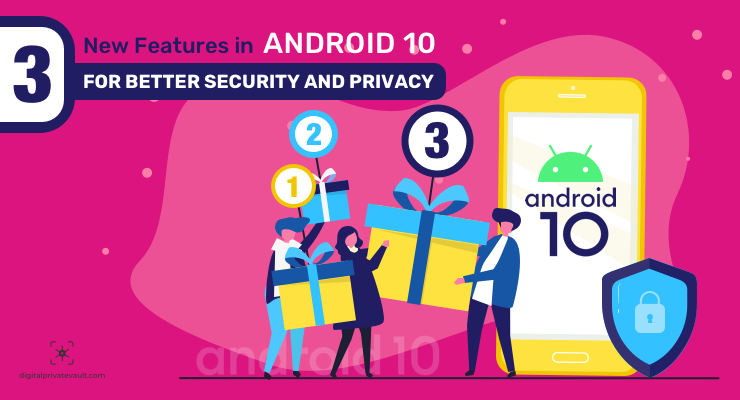 Security and privacy is not something that Android is known for. And when compared to iOS, it has been disdained for its vulnerability, data collection and its open OS structure.

However, with the new  Android 10, Google is trying to change things with better app permission controls and improvements in security features. The update rolled out in September for Pixel and has hit the majority of the phones. Here check some of the new features in Android 10 that’ll make your phone more secure.

Android 10 comes with better control over how apps would access your location. The previous versions of Android would only allow the apps to have access to your location all the time or not at all.

However, with the new version, you get an option to grant the location access only when the app is used and not when it’s ideal.

Further, if the app needs access in the background, it’ll have to ask for permission. And then, it’s up to you to provide the access.

This feature enables more privacy for users by providing location access to apps only when needed and not in the background. Thus, blocking the useless access to your location. Apple has already provided this feature in iOS 13 that makes it necessary for the app to ask permission each time it needs access.

Suggested Read: Best Antivirus for iPhone? None – Here’s Why You Don’t Need It

Security updates and fixes in the versions prior to Android 10 were coupled along with the OS updates. This means until your phone manufacturer doesn’t release an OS update, your phone won’t get security fixes.

But with Android 10, security fixes can be sent to your phone directly from Google Play and you can update it like any other app. This is a significant update as you’ll have the new security fixes as soon as they are released without waiting for an entire OS update.

The update also focuses on protecting the user’s data on phone as well as in transit while browsing.

Android 10 comes with support for TLS 1.3 an upgrade version of previous TLS. Google claims it to be 40 per cent faster but what’s more important is that it will make data encryption over the web more secure and efficient. TLS 1.3 also fixes the flaws of the previous version with a newly-designed handshake for better security.

Another substantial update providing better data protection is the new encryption mode called Adiantum. This will enable efficient disk encryption on any devices, even on those without a powerful processor.

Android 10 update comes with pretty good security features to enhance your phone’s security. However, you also need to take responsibility for your phone’s security and privacy in your hand. Always make sure you follow best security practices such as avoid installing apps from unknown sources, using a phone lock to avoid a data breach, using a gallery vault for better privacy and avoid using unknown public WiFi.

Since you are here, check Digital Private Vault, a gallery vault app that helps you store and hide your confidential data on your smartphone.

Download Digital Private Vault for FREE on Your iOS and Android Devices.